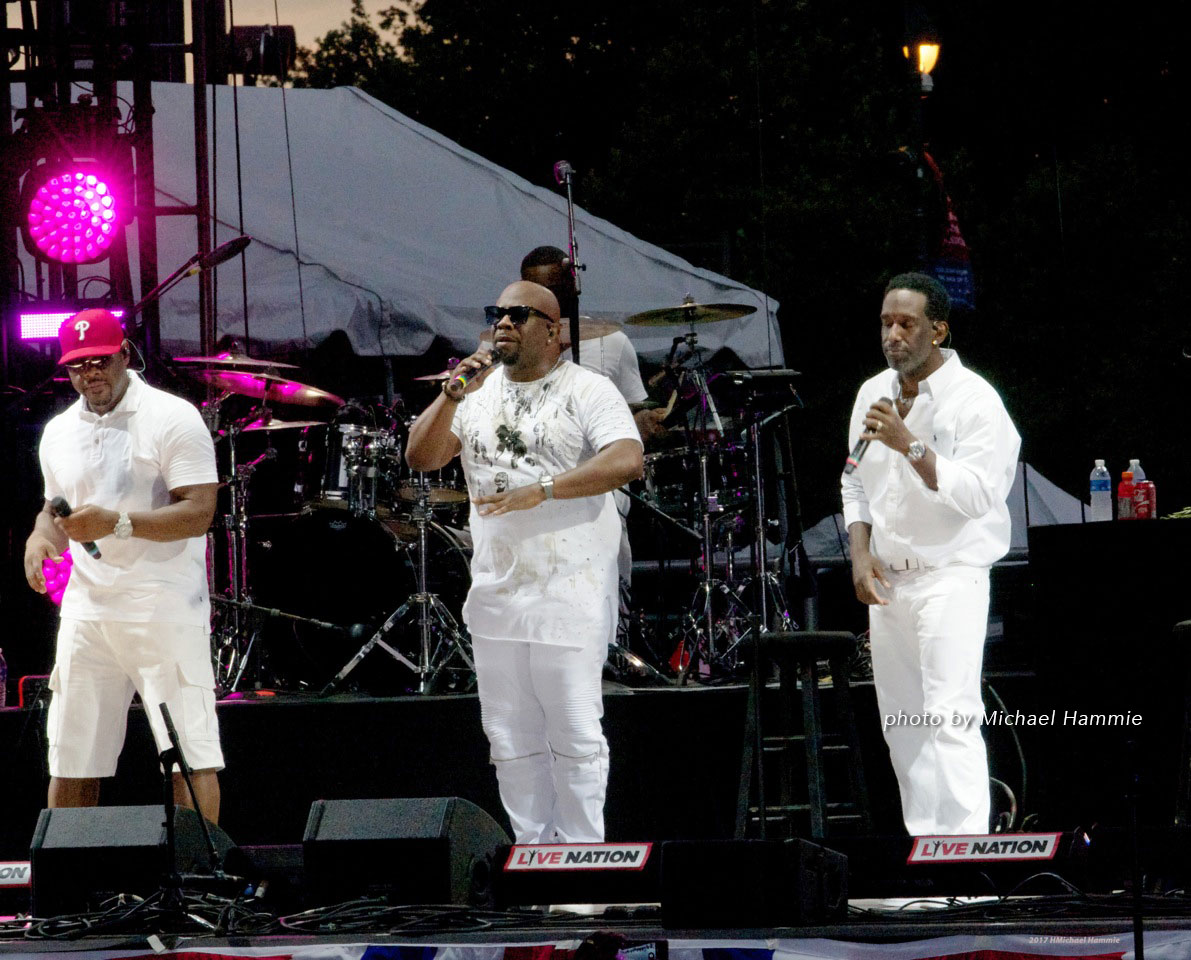 Philadelphia – It’s not the “End of The Road” for these guys. Philadelphia City Council will honor hometown history-makers and native sons Boyz II Men by renaming Broad Street between Christian and Carpenter Streets “Boyz II Men Boulevard.” In partnership with City Council, the Office of the City Representative and Welcome America, Inc., the dedication took place on June 24, 2017 outside of Philadelphia High School for the Creative and Performing Arts (CAPA) – the high school where the members of Boyz II Men attended.

Councilmen Kenyatta Johnson and Mark Squilla sponsored a resolution to rename the portion of Broad Street on the Avenue of the Arts south “Boyz II Men Boulevard”. As the best-selling R&B group of all time with an astounding 64 million albums sold, the trio has earned four Grammy Awards, nine American Music Awards, nine Soul Train Awards, three Billboard Awards, a Star on The Hollywood Walk of Fame, a Daytime Emmy for Best Music Direction and Composition for Amazon’s The Snowy Day, and in 2011, a MOBO Award for Outstanding Contribution to Music throughout their 25-year career. In 2013, the iconic group began a residency in Las Vegas at The Mirage Resort and Casino in which they received a Casino Entertainment Award.

The street dedication ceremony was a preview of Wawa Welcome America. Welcome America’s theme for 2017 was “Everyone is a History Maker.” Boyz II Men were honored as local history-makers for their achievements in music and philanthropy. During the event The Choir and Band of CAPA performed a “Tribute” to the group. In addition, the Choir and Band even sang with the notable crooners of their alma mater at the dedication. The legends noted they want to inspire the youth to dream, set goals, and work hard to accomplishing their aspirations.

4 Revolutionary Black Fashion Designers You Should Know About

This Organization, Ran By 6 Black Men, Has Donated More Than 30,000 Books to Children Worldwide – But They Need More Volunteers and Financial Support