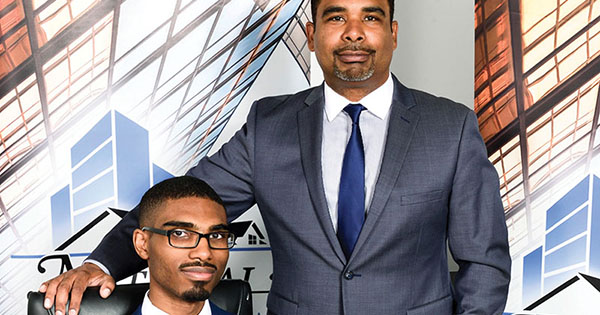 New York, NY – National Standard Abstract, a title-insurance firm based in New York, is one of the very few Black-owned business enterprises in the area. The company’s CEO, Osei Rubie, and his son, Nadir, equipped with a decade of experience in the title insurance industry and entrepreneurial knowledge from their other family-owned businesses, have led the company to $500 million in real estate deals this year!

Rubie himself encountered a dilemma regarding title insurance when he didn’t know it was required for refinancing his personal residence 14 years ago. Since then, he decided to learn more about the industry. When an opportunity for him to work in the largest underwriter of title insurance in the country, he immediately took it.

Aside from the 10 years of experience in the industry, Rubie also credits his family’s influence in his career. His Costa Rican grandfather, as well as his parents, were all entrepreneurs. He grew up surrounded by their family businesses including clothing retail stores, restaurant, and a toy company, Huggy Bean Doll, which was the first mass-produced black toy line sold in major retailers across the U.S.

Rubie had been involved with the operations in the family business, especially after studying high school. That has served as his training ground in entrepreneurship.

There were challenges he also had to go through. When he started his company, many people did not believe in him and told him that it was rather a waste of time. In October 2017, he got diagnosed with prostate cancer, which could have been terminal. He underwent surgery but he had to lie low with the business to avoid stress. Despite those, he became cancer-free while at the same time succeeding in his title-insurance career.

Last June 2018, National Standard Abstract reportedly closed a total of ;$432 million in faith-based and affordable-housing development transactions. The non-faith-based deals include the $189 million Archer Green in Jamaica, Queens; the $47 million Regina Pacis Housing in Gravesend, Brooklyn; and a $42 million project in Harlem.

National Standard Abstract, which is focusing on underdeveloped communities and advancing the growth of affordable housing, is aimed to be the premier provider of title insurance nationally in the next five years. Rubie is confident that with the way things are currently going, there will be more multi-million-dollar commercial transactions that would come.

Here For You Homecare Serve 700 Families for Thanksgiving

Ludacris Partners With His Daughter to Produce Animated Netflix Series

Women In Media LIMITLESS: Beyond The Glass Ceiling!

A Brief History of the Origin of Soul Food