Worldwide – According to the Journal of Blacks in Higher Education, the Center for Digital Research in the Humanities at the University of Nebraska-Lincoln recently debuted an online database of more than 500 court cases in which enslaved persons had sued to gain their freedom. The Dred Scott case in 1857 is the most famous of such cases, but there were many more.

The project collected, digitized, and makes accessible the freedom suits brought by enslaved families in the Circuit Court for the District of Columbia, Maryland state courts, and the U.S. Supreme Court. African-American enslaved families accumulated legal knowledge, legal acumen, and experience with the law that they passed from one generation to the next.

The freedom suits they brought against slaveholders exposed slavery a priori as subject to legal question. The suits in Washington, D.C., the nation’s capital, raised questions about the constitutional and legal legitimacy of slavery, and by extension, affected slavery and law in Maryland, Virginia, and all of the federal territories.

One such case was that of Ann Williams, who leapt from the third floor window of a tavern on F Street in Washington, D.C., after she was sold to Georgia slave traders and separated from her family. She suffered a broken back and fractured her arms, but she survived. 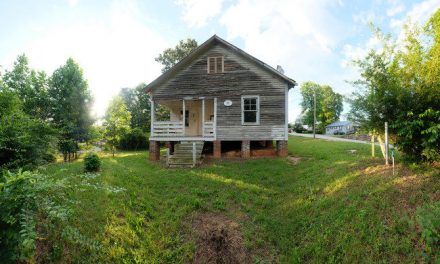 Instead of Using Birthday Money for Disney World Vacation, 6-Year-old Uses It to Feed Hurricane Evacuees